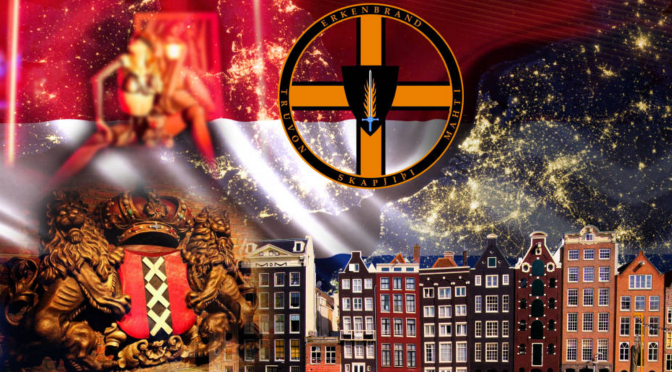 The Alt Right has come out as the newest branding attempt in a long history of neo-fascist movements grasping at respectability. Though it has a populist element to it, there is an intellectual elitism at its core that draws from its New Right political inspiration, Human Biological Diversity pseudo-science, and its attempts to appear as a right-wing philosophical movement just as legitimate as Frankfurt School Marxism in the discourse of Continental Philosophy. Over the last year the “big tent” of the Alt Right has concentrated into a general spectrum of ideas with a common culture: scientific racism, populist talking points, deep anti-Semitism, esoteric Aryan ideas, and various other distinct tidbits that fascists have been working on since World War II.

While the Alt Right has been a distinctly American invention, its popularity as a branding tool and way of dividing up the movement into common cultures has been influential back in Europe as well. This “success” is exactly what led to the formation of the Make The Netherlands Great Again conference, a grouping that really tries to take its queue from the boon that the Donald Trump campaign in the U.S. has given to the Alt Right movement.

Organized, in part, by French nationalist Guillaume Durocher, the conference was essentially a nationalist group funded through “foreign money.” Durocher has been making the rounds in American Alt Right circles, joining Richard Spencer at the Radix Journal podcast to discuss far-right organizing and ideas, and going on Counter-Currents radio to do the same thing. Their organization is called Erkenbrand and was started as a study group where they read books like “SJWs Always Lie,” an “Alt Lite” science fiction author who is known for supporting Alt Right fascist publications even though he is of multi-racial ethnicity.

Their conference hosted different Alt Right speakers, including Greg Johnson of the white nationalist publishing house Counter Currents and F. Roger Devlin, who writes about “race realism” and co-authored the Radix Journal guide to racial thinking that they use in their intro section. They have had limited coverage in American circles, mainly the Occidental Observer and Red Ice Radio, so the conference was on the small side.

Happened on September 27th, the conference was not well attended and was hard to get into. What this shows, however, is that the Alt Right branding is going to be critical for the far right, both in America and Europe, and so the counter-organizing can have a broad effect when it is focused on the Alt Right. So much of the Alt Right’s success hinges on the Alt Lite’s ability to mainstream it, meaning how well people like Milo and places like Breitbart repackage their message, and how they can leverage the Donald Trump campaign. Once both of these support vessels go away, the vast number of white nationalist organizations and publications that have hinged their success on the Alt Right branding will take a massive hit. What is critical is to continue naming the Alt Right as a white nationalist, neo-fascist movement and to not let it obfuscate the discourse to minimize the baggage that their ideas are saddled with.