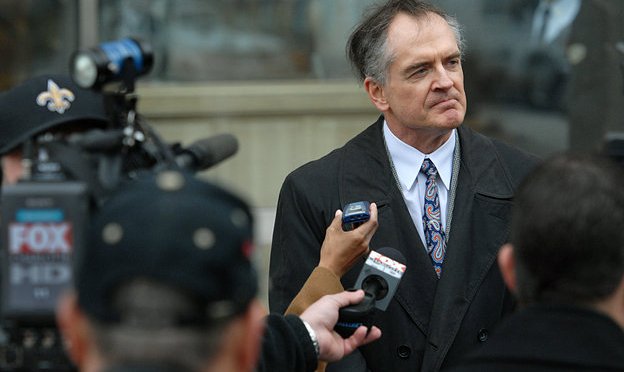 The modern racialist movement is defined by American Renaissance.  It bridges both the organized racism of the past and the contemporary Alt Right, Human BioDiversity, Neoreaction, and other movements who believe themselves superior to the KKK.  AmRen began in the early 1990s by Jared Taylor, a former West Coast editor for PC magazine and consultant to companies dealing with Japan.  Taylor, raised in Japan before going to Yale and then to France for graduate school, is a very literate and well spoken man.  His enunciation is important to him, so much so that he has developed an elitist accent that is just as artificial as his conference’s attempts at pedigree.  He formed AmRen to give intellectual credibility to his growing racist ideas.  He had already been making waves on the racist right when AmRen came into existence, publishing the book Paved With Good Intentions: The Failure of Race Relations in Contemporary America.  Getting good reviews from people like Pat Buchanan, he launched AmRen as a conference and newsletter that would further disseminate racist views using pseudoacademics and reviving old bio-racial rhetoric.

Beginning in 1990, AmRen brought together a couple hundred racists to talk about…well…racism.  What defined AmRen right from the beginning was really marginal ideas on bioscience that justified the notion that black people were inferior.  Speakers often try to replicate academic discourse, yet their ideas are simply that black people have lower IQs, are prone to criminality, and all races have trouble trusting one another for biologically deterministic reasons.  These conferences are also notable in the white nationalist community for its lack of anti-Semitism, though most of the conference attendees are only putting on a face for this event.  Several Jewish speakers have been seen at AmRen, including the ultra-Orthodox Rabbi Mayer Schiller and Mark Levin.  Both of them have been known for writing about IQ gaps and the need for traditional, racially static communities.

Over the years there have been speeches by controversial academics like J. Phillip Rushton, Richard Lynn, and Donald Templer, all of which quickly drop their veneer of respectable scholarship so that they can insult and degrade people of color.  This is all in line with what in “Human BioDiversity” circles is often called the “Yellow Hypothesis.”  This essentially revives a racial taxonomy and hierarchy, but one that shifts the dynamics slightly.  In this view, according to their theories on innate IQ, Asians have the highest IQs, whites just below them, then Latinos far below that and African descended people scraping the bottom of the list along with Australian aborigines.  This is what they use to refuse the label of “white supremacist,” but the dynamic is to suggest that Asians actually lack other qualities because of their high level IQs and therefore whites are essentially “just right.”  Jews, according to this, actually have higher IQs than Asians, but the AmRen crowd usually save that part of their analysis until the conference is over.  What some attendees, such as Professor Emeritus Kevin McDonald, suggest is that the high verbal intelligence that this crowd ascribes to Jews has actually made them a parasite that uses their intellect to manipulate Western men away from their ethnic interests.  Though the general line-up of AmRen is certainly prone to conspiracy theories, this is a step too far for Taylor.

The focus on pseudoscience has really defined AmRen for almost two decades, yet in recent years there has been a shift.  Over the last few renditions of the conference, all of which have been at the Montgomery Bell State Park outside of Nashville, they have shifted away from arguments about racial difference in biology and more in the direction of politics and culture.  They have included many speakers from nationalist parties internationally, as well as many from the Alt Right that talk in vague platitudes in an attempt to revive racial Idealism and Romanticism.  This change is largely because they did not see the resurgence in “white racial consciousness” that they were hoping for from their previous discourse about perceived racial difference.  Taylor has been a bit slow off the mark, and because of the new focus on social media and streaming content, as well as the lower brow focus of modern post-Trump Alt Right, he has been the old man of the community.  While others are trying to maximize this Trump moment, Taylor continues to drivel on about black crime with barely-coded insults to movements like Black Lives Matter.

The coming 2016 conference, which will be held on May 20-22(which is actually longer than most AmRen conferences), replicates this new trend in their programming, as well as returning to attempts at respectability.  Similar to what you see in white nationalist conferences and organizations like the H.L. Mencken Club and the Council of Conservative Citizens, they always try to host speakers who are just on the edge of respectability.  This was the case with people like the late Sam Francis and Joe Sobran, who were both on the edges of the beltway Conservative Movement.

The 2016 conference’s “headliner,” so to speak, is Peter Brimelow, who is exactly the kind of crossover point that AmRen uses to make itself relevant.  Brimelow was a former writer for Forbes and a number of conservative publications, really known for writing about education and the “problem” of the teacher’s unions up through the 1990s.  In 1995 he published his “magnum opus,” Alien Nation, a book that rallied against immigration and the need to tighten the borders.  Brimelow himself was foreign born, a British immigrant, a point that is often lost on his supporters.  He then founded the web publication VDare, which has become a meeting point for the far right who want to focus on immigration as their primary issue.  He has slowly shifted out of the broad GOP crowd and into a racially focused community, speaking at other racist conferences like the H.L. Mencken Club and the National Policy Institute.  His talk brings the conference back to one of their real forces of excitement: Donald Trump.  Titled “The Trump Tsunami and the Future of the Historic American Nation,” Brimelow will continue the fawning appreciation for the billionaire just as most in the AmRen scene have.  Jared Taylor recently voiced a robocall for Trump support in Iowa, funded by the neo-fascist American Freedom Party.

James Edwards is also on the line-up, a person who has not been as prominent over the last year or so of the growing white nationalist movement.  He hosts the Political Cesspool, a white nationalist/populist radio show that is actually on a few AM stations beyond its large internet following.  He is on the board for both the Council of Conservative Citizens and the American Freedom Party, and he spoke up in defense of the CofCC after the Dylan Roof shooting.  The murderer mentioned the CofCC’s website, which obsessively focuses on what they falsely say are differences in black and white crime rates.  He represents a lower-brow sensibility for the AmRen community, which is really summed up by his book Racism Schmacism.

Flemish nationalist Filip Dewinter will rant about the “Islamisation” of Europe, Ruuben Kaalep will give a plea for Estonian nationalist, and Dan Roodt will talk about “white survival” in post-Apartheid South Africa.  This is part and parcel of the new AmRen: trying to create unity between white racist internationally.  Here they often try to find common cause with white nationalist talking points in Europe, focusing largely on Syrian refugees and Islamic immigration.

RamZPaul will join the AmRen crowd, which he has in recent years, where he does a sort of “stand up routine.”  This mainly consists of awkwardly timed jokes coming straight out of his popular YouTube videos.  His comedic style is telling and has helped groups like The Right Stuff to focus on humor in their racism.  He will discuss the Alt Right, which has been seeing a surge of media attention in recent months because of the entryism that Donald Trump has provided for them.  This theme will be compounded with the inclusion of Uncuck the Right, a new YouTube “sensation” who does racist parody songs in the vein of The Right Stuff.  “Uncuck” is a reference to the Cuckservative meme that the Alt Right recently popularized, referencing the idea that mainstream conservatives do not act in their own racial interests in terms of immigration.  This also really shows AmRen begging to keep themselves relevant in the internet-only “shitlord” movement of angry white men.

Both Taylor and Sam Dickson will be speaking about “identitarianism,” Dickson giving the same “Benediction for Heretics” that he has done every year since 1990s premiere of the conference.

Over the last several years of the conference, protesters have always been present.  In 2010 the conference was effectively shut down when pressure was put on the Four Points Sheraton at the Manassas Battlefield to cancel their reservation.  The following year, he attempted to hold it in a secret location, yet when the location was revealed to be the Airport Sheraton organizers were successfully able to shut it down again.  This later inspired lawsuits from David Yeagley, a self-described “American Indian” who the One People’s Project have revealed is actually Italian and consorts with white nationalists.  He tried to sue, among others, Daryle Lamont Jenkins, but the suits were ultimately unsuccessful before Yeagley passed away.  Now the conference has been moved semi-permanently to Montgomery Bell State Park, a government run facility that has been less responsive to organizing.

In 2013 organizers again clashed with conference attendees, this time out in Nashville.  After the primary conference, attendees including the Traditional Youth’s Network’s Matthew Heimbach and Scott Terry, RamZPaul, and several people from the CofCC and the League of the South all headed to a local par where Antifa organizers were also present.  A scuffle ensued where anti-racist organizers ended up being forced out of the bar, and the staff allowed the fascist parties to stay.

For 2016, research is being done about the attendees and location, and you can expect that the opposition to this festival of white self-congratulation will not be able to continue unchallenged.  If you are in the area, this is going to be one of the prime places to confront the dangerous white nationalist movement.