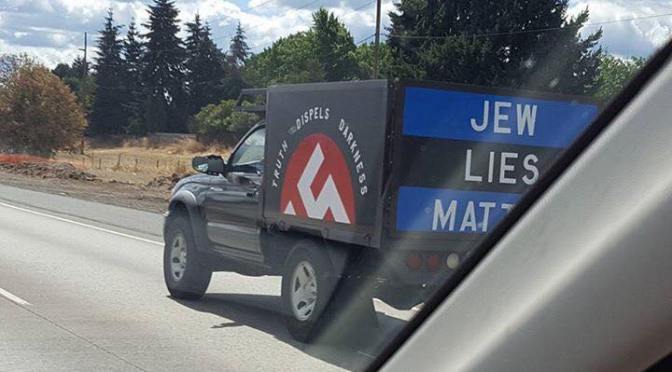 A supporter recently sent over a photo of a commercial-appearing truck headed down Interstate-5 driving between Eugene and Portland.  The truck itself is emblazoned with a large Swastika on one side and says “Jews Lies Matter,” a mash up of traditional Nazi anti-Semitism and the Black Lives Matter phenomenon.  It is unusual to see someone this brazen about their Nazism in public, a phenomenon that results from the mainstreaming of white nationalism from the Alt Right and the Donald Trump campaign.  After running his license plate we found that he has an atrocious driving record, but who is he?

We thought we would crowd source this to all of our anti-fascist readers.

His license plate number is 041 EYW. 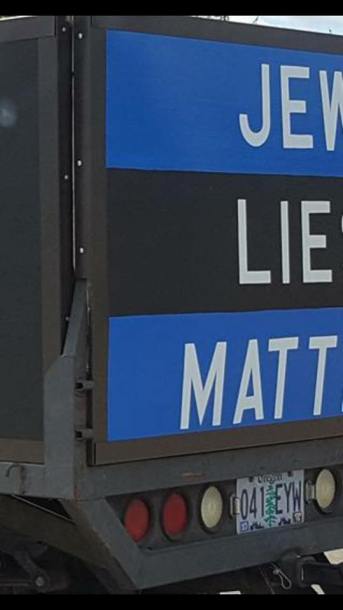 22 thoughts on “Who Drives This Truck?”