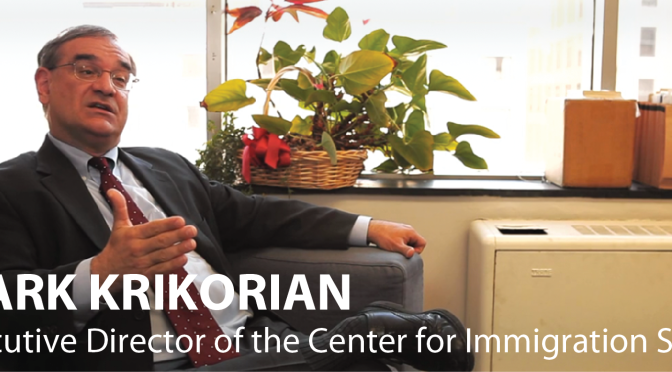 Is it a surprise that the Center for Immigration Studies, an openly anti-Muslim and anti-immigrant group, is associating with the fringe of the white nationalist movement?

While the rhetoric around immigration restriction has become commonplace in the backchannels of the Donald Trump campaign and ultra-conservative louspeakers like Breitbart, it is easy to forget that this is a movement that does not have a left, right, and center.  Directly from the start it has been dominated by far-right ideas, with publications like VDare standing directly with the white separatist camp that simply uses Republican talking points to broaden the support for blocking foreign immigrants.

While it is a movement that has been centered on the far-right since the 1980s, it has used crossover points into the mainstream GOP to continue to save face.  Paleoconservatism and Libertarianism of the late-80s was this melting point where people like Pat Buchanan, Sam Francis, and, later, Peter Brimelow, were able to work on anti-immigrant narratives that coded language incredibly cleanly.  These were the crossover individuals that themselves were acceptable both in radical right circles and establishment beltway boardrooms.

It is not uncommon to see someone like Brimelow with the Center for Immigration Studies, but they have now taken it a step further.  In recent reports from places like the Southern Poverty Law Center, it looks like cozying up to the upfront wing of the racialist movement.  Their “Immigration Opinions” volume was written by British nationalist Paul Weston, known for his association with the British Freedom Party and the neo-fascist English Defense League.  Earlier in September, this section was written by Pat Buchanan(the obvious crossover) and Robert Weissberg, of American Renaissance fame.  All of these covered the traditional range of xenophobic topics, including the “third world invasion” and the “Muslim problem.”  The director of the Center for Immigration Studies, took this all a step further, and was pictured with militant white nationalist Kyle Bristow, who is as “out of the Nazi closet” as you get.

This example, though not unexpected, should serve as an example of what the immigration debate has been hinged on.  There has been a lot of “acceptable” faces in this conversation, but this has only appeared this way in as much as they are able to code the language in Dog Whistle jargon.  The foundations of the anti-immigration position, its hard ideas and arguments, were developed and curated on the radical right.  Behind every seemingly moderate proposal at restriction or control is a foundational argument that the U.S. is a white nation that must be preserved as such.  When presented clearly people are able to confront the racial ideas that are scapegoating racial and religious minorities, and it is positive when we can see the dividing line clearly.