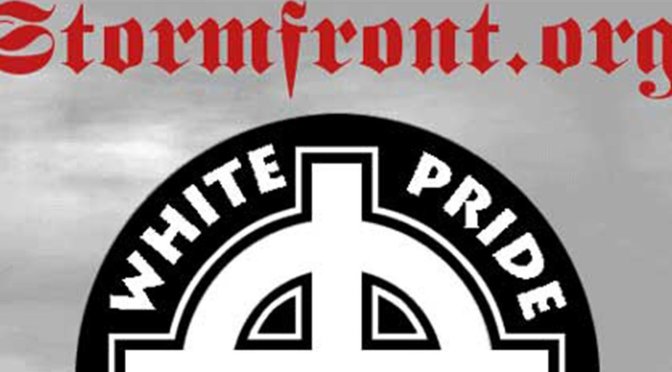 While most people, both antifascists and white nationalists, were focused on the National Policy Institute 2015 conference on October 31st in Washington, D.C., Stormfront was also having a series conference for the more militant wing of the movement.  Most people will know Stormfront as the first white nationalist message board, which is still one of the centers of the movement with over 300,000 registered members.

Over the last few years, Don Black, who is the Stormfront founder, KKK member, and long-time white nationalist activist, has been organizing the Stormfront Smokey Mountain Summit for now five years.  This is a conference for Stormfront related groups and individuals, which means it appeals to a more working-class, southern, and rural white supremacist.  It is here that you will see the disparate fringes of Aryan Nations and the Christian Identity movement, neo-Nazis and Klansman, and a lot of the sort of “B-team” of the Alternative Right.

The conference that was held on November 2nd, just like Stormfront, attempts to have a softer image and looks more towards organizing rather than the angry racialism and slurs that has traditionally painted these gatherings.  This year, David Duke kicked off the event with an hour speech where he alternated between fears of immigration and his favorite topic: the Jewish “Supremacists” that he thinks are controlling world affairs.  Dr. Patrick Slattery also added the image of respectability to the event, though he is best known for writing at places like the Occidental Observer about Southern issues and general anti-Semitism.

While Don Black said on his re-cap podcast that NPI and the Stormfront are very different conferences, two NPI speakers engaged with the conference.  Sam Dickson, who spoke at NPI about the “coming ethnostate,” did an audio address to Stormfront about lessons that they can learn from the fight over the Confederate Flag.  He mentioned that it was important to “look before you leap,” and that you need to do your homework and properly prepare before “going into battle.”  The flag controversy was a huge topic amongst the crowd, which was a testament to its Southern character

Kevin McDonald also intended to be there, but ended up choosing the NPI conference as well where he gave a speech on the “origins of the white man.”  A man called “Roy” gave a workshop on using humor as a “weapon,” where they broke people into small groups to make memes.  Notorious Canadia racist Paul Fromm had to Skype his talk in because the U.S. would not grant him a visa, which is not uncommon for Fromm.

There is a clear divide between Stormfront and NPI, and that was pretty clear when Don Black rambled on about how they don’t need locations like the National Press Club.  It was stated openly that NPI is a more flashy gathering, and Black was right.  At NPI you saw the hip intellectual center of the movement where they use pseudo-academia as an attempt to portray a grounded radical development happening.  Stormfront lacks that pretense, not to mention educated people and money.  It was not that Black seemed to oppose the project of NPI, but more that he personally feels on the outs from gatherings like that.  His tradition of racism is much more “down home,” and so really the division between the two conferences is one of class and background rather than ideology.  Stomfront and NPI shared the need for a “white homeland,” and their ideas about people of color, women, and Jews were almost identical.  Terms like Cuckservative, Group Evolutionary Strategy when referring to Jews, and Race and IQ arguments were just as present in Stormfront as they were in NPI.  Donald Trump gear was spotted at both, which was little surprise to antifascists who infiltrated.

Stormfront does represent a much more irrelevant wing of the organized racist movement, but it has a much higher potential for violence.  As the Southern Poverty Law Center has reported, Stormfront has hosted over 100 racist murderers in just the last ten years, and the type of organizations that are attracted to the Stormfront conference over NPI are going to be more aligned with violent action rather than biting commentary.  Both need to see a strong Anti-Fascist Action presence, though they do represent two distinctly different threats.