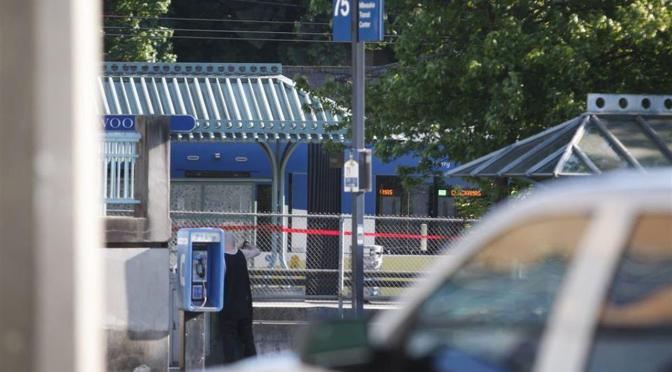 The story of what happened in Portland, Oregon on Friday, May 26th has gone viral.  An Alt Right person on a train began assaulting two young Muslim women for wearing Hijabs.  Three men stood up to intervene and they were brutally attacked with a knife, two of them were killed and one of them left in serious condition in the hospital.

We are trying to post the fundraisers for everyone who were involved, and we just posted the fundraiser for the survivor of the attack who is currently in the hospital.  We are now sharing the fundraiser for the two women who were targeted by the white supremacist and had to endure one of the most traumatizing experiences imaginable.  The money is intended to support them in their recovery, from treatment to transportation, and the funds will be critical to allowing them the time and space needed.

We need to support each other not just with words, but with actions.  Donating some money is a great start, but it cannot end there.  We need to get involved in a material basis, organizing in our communities and confronting these fascist movements as they grow and confront.  We stand with a “no platform” mentality, where we disallow people like this to actually recruit and organize.  Jeremy Christian, the Alt Right murderer on public transportation that day, was a part of the Alt Right “free speech” rallies that were happening in Portland.  On June 4th, Kyle Chapman, the “based stickman,” is holding another rally in Portland, one where Christian was likely to be.  For those in the area, Rose City Antifa, the Pacific Northwest Anti-Fascist Workers Collective, the Torch Network, and a number of supporters, including the Black Rose Anarchist Federation, are organizing to stand up to the Alt Right.  They will not let something like this happen again in their town.

Donate Here to the Women Targeted by the Alt Right Murderer