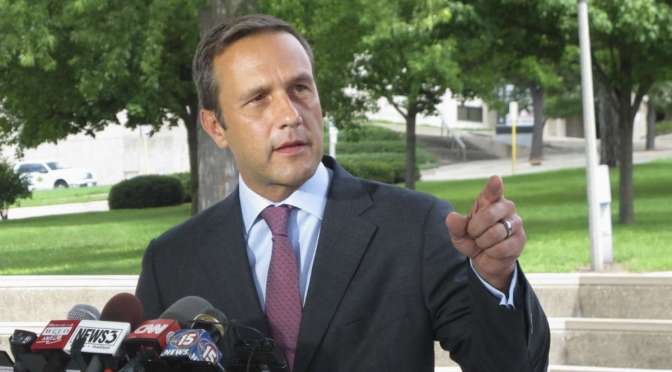 Recent congressional candidate Paul Nehlen, who unsuccessfully tried to unseat Paul Ryan on a recent run, has opened up about his Alt Right affiliation and racialist ideas.  He appeared on the most popular Alt Right podcast on the Right Stuff podcast network, Fash the Nation, to talk about these ideas.  This comes after doing a Reddit AMA where he again confirmed his Alt Right connections.

Ryan had pushed back on Nehlen’s racism in April when Nehlen went on a radio show to say that he would deport Muslims who are advocating for Shariah Law.   Nehlen has kept up his Islamophobia on his own website where he puts trollbait articles claiming that Muslims are responsible for just about every act of violent crime.  He went further to suggest that all Muslim mosques should be under observation to see if they are cultivating terrorists.

Nehlen had gone on Breitbart’s Steve Bannon’s Sirius XM satellite radio show, where they often discussed his battle against Paul Ryan.  This helps to cement Bannon’s relationship with the Alt Right, as well as Nehlen’s own appearance on the right.

Fash the Nation, which saw unprecedented popularity on SoundCloud before being banned, is one of the hardest edged podcast in white nationalism.  Often using racial slurs in their discussion of popular politics, its hosts make up a corner of the Right Stuff podcast network that are popularizing the Internet jargon of the Alt Right.  Nehlen’s interview was standard fair for the former politician, and Fash the Nation host Jazz Hands McFeels played a little softer than he normally does.  What this shows, more than anything, is that the crossover point between the Alt Right and Republican politics has grown, even though the Alt Right associations are becoming increasingly toxic.

Email us at AntiFascistNews@gmail.com Submissions should be relevant to anti-fascism/anti-racism and deal with contemporary or "evergreen" issues. Put "article submission" in the subject title, and ideally you will include the submission as a Rich Text or Word document. We publish a range of article lengths, and are open to diverse styles, so send it in! We should be able to respond to every article submission. Also email in questions, comments, or if you want to volunteer to work on the website or other technical tasks.
Join 3,971 other subscribers
%d bloggers like this: