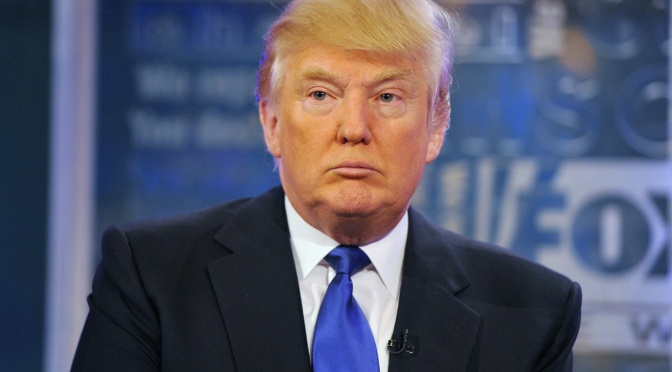 The Trump Republican candidacy has been a consistent mix of buffoonish embarrassments and an very real sense of terror.  As a racial populist, Trump has tapped into one of the darkest areas of the collective American psyche that turns economic crisis into attacks on immigrants, women, and those that appear non-white.  Drawing on much of the far-right frenzy that dominates racial violence in Europe, some of the discourse appears to be returning to those of Islamic faith and their role in American society.  Trump’s basic position is to scapegoat whenever possible and to stoke the anger and fear of supporters, which has been so effective that it has brought him to the top of Republican polls.  When presented with clear bigotry in questions from supporters, rather than trying to avoid traditionally fascist calls for expelling people of different backgrounds, he urges people further.

At a recent Trump support rally, he decided to take this even further.  A supporter, dawning one of Trump’s trademark shirts, got up and said bluntly, “We have a problem in this country. It’s called Muslims.”  Trump replied that this was an important question.  The supporter went on to say that “we know our current president is one,” and “That’s my question. When can we get rid of ‘em?”  Trump’s reply would have been shocking a few months ago, but it has become commonplace for the dialogue that is happening in the Trump camp.

Email us at AntiFascistNews@gmail.com Submissions should be relevant to anti-fascism/anti-racism and deal with contemporary or "evergreen" issues. Put "article submission" in the subject title, and ideally you will include the submission as a Rich Text or Word document. We publish a range of article lengths, and are open to diverse styles, so send it in! We should be able to respond to every article submission. Also email in questions, comments, or if you want to volunteer to work on the website or other technical tasks.
Join 3,971 other subscribers
%d bloggers like this: