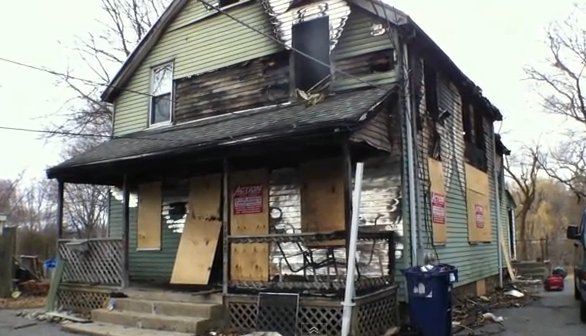 During the 2014 mid-term elections, Oregon became the third state to finally legalize marijuana for recreational use. Following behind Colorado and its neighbor Washington, Oregon’s bill will now treat marijuana into a similar way as alcohol with standard restrictions for age and driving. This is a major victory in a lot of sectors, no matter how you look at it. It will lower incarceration rates, especially in communities of color, while stripping one of the most common excuses to racially profile. In Oregon, it is going to significantly lower the rates of youth arrested for drug possession, which can stop them from getting federal loans for school(this in combination with Oregon’s public school funding makes college a much more realistic possibilities for low income students). What may temper this is that marijuana has actually been legal for “medical” use for years now, operating “members only” clubs all around the cities of the state.

Medical Marijuana had been one of the most targeted political issues of the past decade, and the one in which the Marijuana legalization camp had thrown the most energy towards. By focusing on arguments related to Marijuana’s various possible health claims, this has been a strategic choice on the road to full de-criminalization. The problem is that the rhetoric and organizing strategy chosen ends at Marijuana, and will go nowhere else. Medical Marijuana, while obviously helpful for many conditions, does not really match the conventional wisdom for “medicine.” This is fine, but what the Marijuana legalization advocates have argued time and time again is that it actually does fit within this framework. For years and years they have continually argued that Marijuana works like regular medicine, and it is not nearly as bad as “all of those other drugs.” This means that for people looking to decriminalize all substances, shift the conversation about the purpose of intoxication, and change the way that the culture relates to medicine, the campaigns have set them back immeasurably. The reality is that Marijuana should be available for people not because of supposed health benefits, but because intoxication is a regular and consistent part of life and all societies. The arguments being made never went after the foundational issues that create a cultural fear of drugs, and have instead kept the drug-law enforcement apparatus completely in tact. The Drug War, radicalized implementation of drug laws, and the criminalization of people who choose to alter consciousness, all are still there. In many ways, these values have even been reinforced by the Marijuana legalization campaigns. This may be fine for people whose endgame is just the decriminalization of Marijuana specifically, but for those of us who want to move beyond this one issue into a more nuanced and revolutionary perspective on drug issues, it left us cold. To top this up, the Marijuana lobby in Oregon has reverted to the same set of tactics when it came to their legislative strategy, including union busting low-wage canvassers in the Campaign for the Restoration and Regulation of Hemp who helped to get the bill on the ballot. This is not a good precedent for those who claim that legalized Marijuana in the state are going to create a surge of “good jobs.”

This tactical issue is one that comes up in movement building constantly, where by an immediate goal can often be gained by making choices that could harm long-term progress. During a campaign I was working on many years ago, we were working towards the city putting a moratorium on foreclosure-based evictions. This would essentially mean having the mayor’s office order the police department to stand down for evictions, and refuse to enforce the Marshall’s office’s orders. In one group discussion we were working on some of the rhetoric we would use to make arguments for this. One of the primary ones is the effect that empty houses can have on a block, or a whole community. They often become areas for criminal activity and drug sales. They bring down property values. They are an obscene eyesore. As we were jotting these down someone quietly held and objection. Suggesting the issues about crime and drug use both have a racialized component and a drug-fear trigger. The point being is that by referring to these issues, we continue to stigmatize drug users as well as the houseless folks that often use these vacant homes. When people complain about the “criminal element” in the neighborhood brought on by vacant houses, this is often what they mean. When it comes to property values, we again reinforce the values of middle-class property owners as a substantial reason.

The issue that was actually at hand was that there are too many vacant homes that get destroyed, become unusable, and there are growing numbers of houseless people that can make good use of them. It is absolutely true that there can be gang and drug issues around vacant houses, and the communities that are concerned about these issues are not just doing so out of racial tension, but we need to be aware of avoiding “dog whistle” language when we are working on these campaigns. This specific reform is not our end goal, instead we want a world where housing is seen as a basic right and even the most basic human needs are guaranteed by the collective society. This means both a structural and a value change, and therefore we need to keep those ideas present as we build towards large reforms.

This can create a difficult set of issues where by people over critique and deconstruct all rhetoric, which creates a culture of inaction. Instead, an option is to simply be open and honest about what the endgame really is about these movements and what the values are that drive them. In the case of housing, this really is fundamentally an issue about capitalism. While we do not want to alienate the more liberal elements of the movement, it is fine to bring that perspective as a valid point in the myriad of views that make up the pro-housing movement. Likewise, it is important to continue to point out the ways in which the foreclosure crisis did not break evenly across all groups. People of color faired much worse across all other demographics, while; in general, this was not a crisis that was shared equally across all socio-economic strata. What this means is that we are going to bring a structural analysis to issues of crime and drug use, and make sure that these ideas are implicit during decision making. Instead of going after the “seedy element” that empty houses attract, we should really look at just the reality that happens to communities when only half of the homes are actually occupied by people. At the same time, we should keep central the reasons for getting involved. We did not enter into the housing justice movements because of how bad empty houses affect property values or that they create locations for drug sale. We got involved because we find this fundamental contradiction, that there are empty homes while there are people without homes, intolerable. These different arguments make up the total tapestry of the argument for a more equitable housing, but the unequal access to housing has to be at the center.

What we decided to do is just temper the language a bit so that we did not target houseless people or drug users as individuals. Instead of just focusing on the financial aspects of “property value,” we looked instead at how the empty homes actually do drive other houses on the block into foreclosure. This is conjuring the image of the housing as a place to live rather than a piece of equity. We also noted that since working people often only hold any wealth in their home and their pension, it is an incredible attack on working people’s lives when banks force houses on their block into foreclosure and then lower the value of the only piece of wealth they have (their home). In terms of the drug use in the community, we simply note that while this may become an issue among empty houses, it is less that drugs and houseless people are the issues but instead that these empty houses are never used for community building purposes. We added that empty houses often get so destroyed that they can never be rehabilitated and used for the community.

It should be noted that none of the above arguments above are inherently problematic, but instead should just be considered when thinking about the long-term vision. A lot of this can then be mitigated, to a degree, when we have a generally idea of what total victory would look like far past this individual campaign or series of campaigns. This does not mean that we should immediately jump just to radical and systemic rhetoric entirely, that would be a large mistake, but it is good to lay a foundation for the radical critique early on. This is true in terms of the foreclosure crisis more broadly, where by many people have focused their organizing messaging around foreclosure fraud and criminality. As has been mentioned before, this has been a powerful tool to mobilize Middle America against the banks, but it fails at being able to see the fundamental issue around foreclosure is class and social inequality. While we should use the issue of bank manipulation as an icebreaker and flash point, we need to make sure to draw some of the critiques back to their fundamental core.

Many of these choices are somewhat commonsensical in that we should avoid reactionary rhetoric that demonizes the opposition with bigoted characterizations, but we need to also continue to think of the structural inequalities that, down the line, create the inconsistency we are fighting for in the short term. Forcing the city to stand down on evictions was common sense to most people on the terms that were presented to them, but we need to use that bit of public leverage to drive deeper. It is only when we can link the immediate with the revolutionary that we can effectively use reforms as a stepping stone rather than the end of the path.