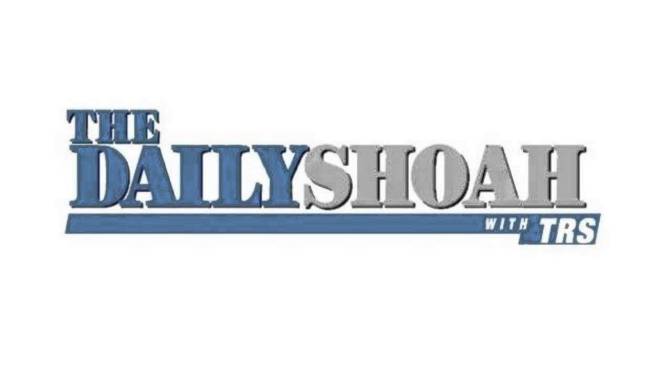 When the #Cuservative meme first came up we assumed that this would be dropped in a couple days, and therefore would not be worth commenting.  It quickly erupted as a “troll focused” group of internet white nationalists used it to attack mainstream conservatives from National Review to Congressional staffers.  Now a couple weeks later it is not only still a viable hashtag, but it is the talk of the town inside the “pro-white” camp.

So what is #Cuckservative?  Why is it unique?

Inside the discussions from white nationalists and racialists about the term Cuckservative, it is clear that they are not entirely sure where it came from.  If it did not come from them, it is certainly popularized by a growing website The Right Stuff.  They promoted the term on their site, their contributors have been using it over and over again under fake Twitter accounts, and they have gone on more popular racist podcasts and websites to discuss the phenomenon.  The term draws from the world cuckold, a concept where by one male has sex with an other male’s female.  This idea has long been a lurid fascination for those with open anti-black bigotry, one that has existed through history in literature like Othello and even occurs naturally when one species of bird lays their eggs in another species’ nest.  White nationalists continue to focus on illusionary concepts like dramatic “group differences” between the races, often accusing African Americans of lower IQs yet large genitals.  This is a way of assuming them more animal-like qualities, but also drawing on folk myths about black male sexuality to demean them.  The flip side of this is that it also assumes them power, one where by the black male is more virile and sexually satisfying than they are.  The fear is then always that they will be cuckolded by having their white partner be seduced by the “sexually and physically superior” person of a different race.  This is both fetishized and feared, and gives us a quick insight into the profoundly disturbed mind of those advocating open racial separation.  Even the most basic discussion of this includes some of the most vile racism that has creeped its way into the 21st century, reminding us the visceral hatred that some people have towards black men.

If we are even to ignore the clearly misogynist and racist surface elements of the cuckold name, its popularity and use reveals something very clear about the growing above-ground far-right movement.  To do this, looking at The Right Stuff makes some sense.  This is one of the more disgusting and offensive sectors of the “alternative right” or “neo-reaction” where they choose to openly use racial slurs, degrade women and rape survivors, mock the holocaust and call for violence against Jews.  Their podcast, The Daily Shoah, which is a play on The Daily Show and the Yiddish term for The Holocaust, is a roundtable discussion of different racists broadcasting under pseudonyms.  Here they do voice “impressions” of Jews, and consistently use terms like “Nig Nog,” “Muds(referring to “mud races,” meaning non-white), and calling people of African descent “Dingos.”  The N-word, homophobic slurs, and calls for enforced cultural patriarchy and heteronormativity are commonplace.  Now, this may be what you would expect from a crowd like this, but this is no longer the norm.  The use of rhetoric like this is almost entirely missing from groups like American Renaissance, Counter-Currents, Radix Journal, Alternative Right, and even Stormfront, the main hub for racist groups who recently banned swastikas and racial slurs.  On these various news sites and publishers, you will find a lot of discussions about philosophical “ethnonationalism,” discussions of group differences through “human biological diversity,” and many topics that are often the property of the left such as critiques of state authoritarianism and capitalism.

As this shift in the public far-right discourse happens, The Right Stuff and the Daily Shoah stand out as having a sort of “old school racist” dialogue.  This does not, however, actually leave them on the margins of the movement.  Within the first few days of this #cuckservative Twitter trend the main host of The Daily Shoah, named “goy” from the assumed name that Jewish people have for Gentiles, came onto Richard Spencer’s Radix Journal Podcast to discuss it.  This is the same podcast that, in the next episode, hosted former National Review columnist and VDare founder Peter Brimelow.  Greg Johnson of Counter-Currents, which focuses on their pseudo-intellectual pedigree with attempts at high-brow discussions, jumped down in the mud and actually went on The Daily Shoah and joined in as they constantly called people “N—–s.”  These were only a few of the more “respectable” racists that joined in with this meme, openly supporting The Right Stuff for continuing their work.

It has been long said by Radix founder Richard Spencer that it would be good if people were immediately confused by Radix and thought that it was a website of “far-left” ideas.  Much of this comes from his desire to break from mainstream conservatism, but also to believe that they are beyond “conventional right and left.”  With this you may actually, on first glance, not correlate many of the more popular white nationalist publications and sites to neo-Nazis and the KKK, but the new support of #Cuckservative is revealing.  Underneath the surface language, the coloring and aggression, is a common politic and an open support of one for the other.  What this means is essentially that Radix and Counter-Currents are the same as The Daily Shoah, though they prefer a different script and are targeted towards a college educated crowd rather than a blue collar one.  The Right Stuff tries to mimic the aggression and reactionary insults of right-wing talk radio like Rush Limbaugh, while Radix would love to look a lot more like that trendy Critical Theory journal young grad students are clamoring to be published in.  In the end, however, they both share the same ideas about race and gender.  What separates them?  The thin politics of respectability, and with the open support of The Right Stuff they have lifted this veil and have shown them for what they really are.

So why is #cuckservative trending now?  Well it comes in the direct admiration that many of these people, The Daily Shoah especially, are having for Donald Trump.  This should not be interpreted as the same kind of support they would have had for former candidates like Pat Buchanan or David Duke, but they enjoy the callous and nativist/nationalist rhetoric that he has been throwing around, shifting the Republican primary discourse far to the right.  They like seeing him “Call out” his colleagues, bait women, and openly insults Latino immigrants from the southern border.  He is doing more than “dog whistle” politics, he is openly playing footsy with his racist base.  This has allowed racialist discourse to shift into the public, making #cuckservative an accusation that mainstream Republicans feel like they have to answer to.  And there have even been some clear support from institutional GOP supporters, with people from Breitbart often supporting the nationalists as they call other conservatives “cucks.”

As the “alternative right” attempts to come in as a viable radical alternative to “liberalism” and “multiculturalism” we need to continue to point out that they are discredited and disgusting fascist notions repackaged in fancy internet language.  Cuckservative is a reminder that under their overly-complicated rhetoric, is an angry white man, yelling at his computer because he cannot give up the mild amount of privilege he has been given through the suffering of people of color.

58 thoughts on “#Cuckservative: How the “alt right” Took Off Their Masks and Revealed Their White Hoods”

Email us at AntiFascistNews@gmail.com Submissions should be relevant to anti-fascism/anti-racism and deal with contemporary or "evergreen" issues. Put "article submission" in the subject title, and ideally you will include the submission as a Rich Text or Word document. We publish a range of article lengths, and are open to diverse styles, so send it in! We should be able to respond to every article submission. Also email in questions, comments, or if you want to volunteer to work on the website or other technical tasks.
Join 3,974 other followers
%d bloggers like this: